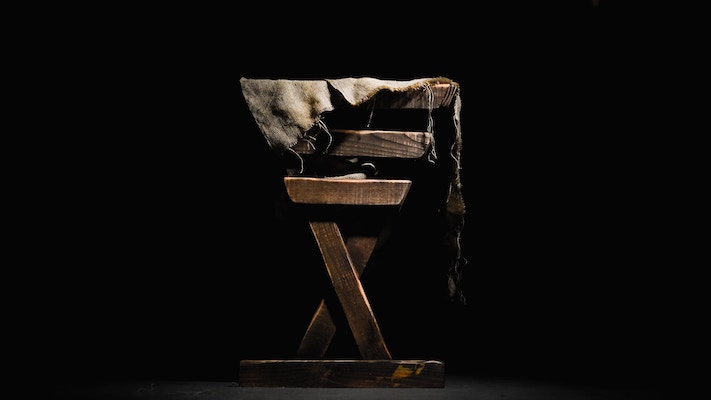 Jesus: a portrait of humility

Who is more helpless than a newborn child? Yet Jesus did not hesitate to share in our humanity, and his birth was only the first manifestation of his humility—that self-emptying which he freely embraced for our sake, for the forgiveness of our sins. For “Christ Jesus… though he was in the form of God, did not count equality with God a thing to be grasped, but emptied himself, taking the form of a servant, being born in the likeness of men” (Philippians 2:5-7). As Theodotus of Ancyra explained so eloquently in a homily he preached at the Council of Ephesus (A.D. 431),

The Lord of all comes in the form of a servant. He comes as a poor man, so that he will not frighten away those people he is trying to capture like a huntsman. He is born in an obscure town, deliberately choosing a humble dwelling place. His mother is an ordinary girl, not some great lady. And the reason for all this lowly state is so that he may gently ensnare mankind and bring us to salvation. If he had been born amid the splendor of a rich family, unbelievers would surely have said that the face of the world had been changed by the power of wealth. If he had chosen to be born in Rome, the greatest of cities, they would have ascribed the change to the power of her citizens. . . . [But] he chose nothing but poverty and mean surroundings, everything that was plain and ordinary and (in the eyes of most people) obscure. And this was so that it could be clearly seen that it was the Godhead alone that was to transform the world. (“On the Day of the Lord’s Nativity”)

Jesus’ humility was not only manifested in his birth, but through his entire life—and, most significantly, in his death. He lived the life of a common man and set the example for us to follow in our service to one another. Finally, “he humbled himself and became obedient unto death, even death on a cross” (Philippians 2:8).

Read and prayerfully reflect on these additional Scripture passages describing Christ’s example of humble servanthood and the humility that we, too, are called to imitate:

Thus says the LORD:
“This is the man to whom I will look,
he that is humble and contrite in spirit,
and trembles at my word.”  (Isaiah 66:2)

[Jesus said:] “Whoever humbles himself like this child, he is the greatest in the kingdom of heaven.” (Matthew 18:4)

Jesus called [the apostles] to him and said to them, “You know that those who are supposed to rule over the Gentiles lord it over them, and their great men exercise authority over them. But it shall not be so among you; but whoever would be great among you must be your servant, and whoever would be first among you must be slave of all. For the Son of man also came not to be served but to serve, and to give his life as a ransom for many.” (Mark 10:42-45)

Clothe yourselves, all of you, with humility toward one another, for “God opposes the proud, but gives grace to the humble.” Humble yourselves therefore under the mighty hand of God, that in due time he may exalt you. (1 Peter 5:5-6)

Jeanne Kun is a noted author and a senior womens’ leader in the Word of Life Community, Ann Arbor, Michigan, USA. Excerpt from God’s Promises Fulfilled, The Word Among Us Press, Copyright © 2006. All rights reserved. Used with permission. Taken from Living Bulwark December 2014. Used with permission.