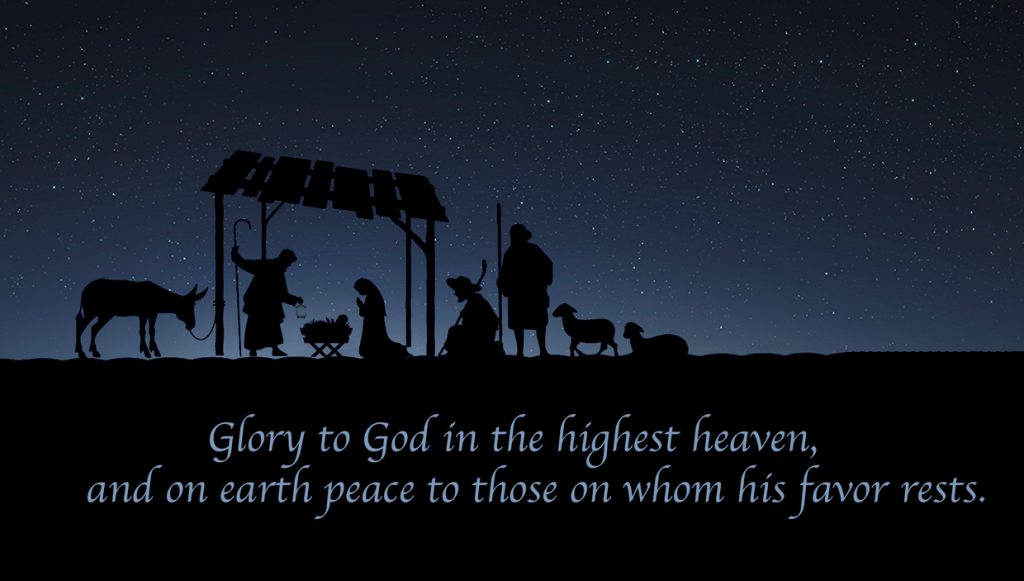 The angels sing. The archangels blend their voices in harmony. The cherubim hymn their joyful praise. The seraphim exalt his glory. All join in praise at this holy feast, beholding the Godhead here on earth, and man in heaven. He who is above, now for our redemption dwells here below; and he that was lowly is by divine mercy raised.

Bethlehem this day resembles heaven: hearing from the stars the singing of angelic voices and enfolding within itself the Sun of Righteousness. And ask not how; for where God wills, the order of nature yields. For he willed, he had the power, he descended, he redeemed; all things move in obedience to God. This day He Who Is, is born; and He Who Is, becomes what he was not. For when he was God, he became man; yet not departing from the Godhead that is his.

Come, then, let us observe the feast. Come, and we shall commemorate the solemn festival. For this day the ancient slavery is ended, the devil confounded, the demons take to flight, the power of death is broken, paradise is unlocked, the curse is taken away, sin is removed from us, error driven out, truth has been brought back, a heavenly way of life has been planted on the earth, angels communicate with men without fear, and men hold speech with angels.

Why is this? Because God is now on earth and man in heaven. On every side all things commingle. He has come on earth, while being whole in heaven; and while being complete in heaven, he is fully on earth. Though he was God, he became man, not denying himself to be God. Though being the Impassable Word, he became flesh. He did not become God. He was God. Therefore he became flesh, so that he whom heaven could not contain, a manger would this day receive.