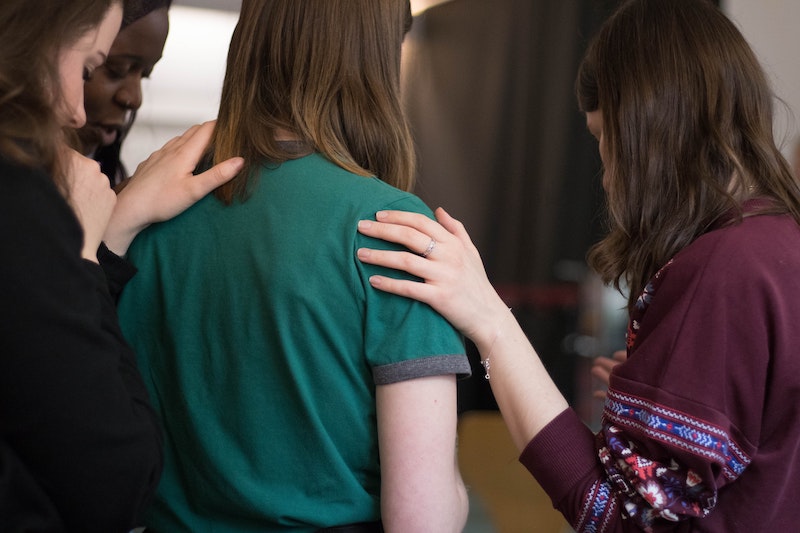 The Power of Faith

– by Cyril of Jerusalem

The power of faith is enormous. It is so great that it not only saves the believer: thanks to one person’s faith others are saved also.

The paralytic at Capernaum did not have faith. But the men who brought him to Jesus and let him down through the roof had it. The soul of the sick man was ill as well as his body. That is made clear in the Gospel: “And when Jesus saw their faith he said…, ‘Rise, take up your pallet and go home‘”. The Gospel does not speak of “his” faith but of “their” faith. The stretcher-bearers believed and the paralytic had the benefit of being healed because of it. (Mark 2:1-11)

Then there is the death of Lazarus. Four days had passed. His dead body was already decomposing. How could one who had been dead for so many days believe and himself ask for the Deliverer? He could not possibly do so, but his sisters provided the faith for him. When they met the Lord, one sister fell down at his feet. He asked, “Where have you laid him?” The other sister said: “Lord, by this time there will be a bad smell“. Then the Lord said, “If you believe you will see the glory of God“. As if to say, “As regards faith, you must take the place of the dead man“. And the faith of the sisters succeeded in calling Lazarus back from the hereafter. (John 11:1-44).

So if these two women by believing in place of the other were able to secure his resurrection, how much more certainly will you be able to secure it for yourself by your own faith in Jesus?

Perhaps your own faith is feeble. Nevertheless, the Lord who is love will stoop down to you, provided only you are penitent and can say sincerely from the depths of your soul: “Lord, I believe. Help thou mine unbelief“. (Mark 9:23).

Cyril of Jerusalem was a distinguished theologian of the early Church (c. 313 – 386 AD). Taken from Living Bulwark ‘News of the Resurrection’. Used with permission.