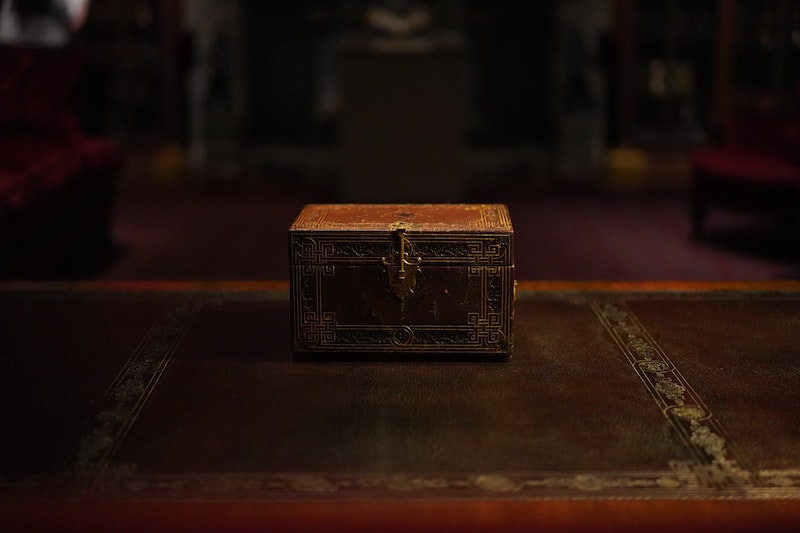 Matthew 2:11 “Then, opening their treasure chests, they offered him gifts of gold, frankincense, and myrrh.”

The gifts of communion

In our journey to Bethlehem, the city of bread, we contemplate the wise men who came to pay homage to the Christ-child. They opened their treasures, and offered the new-born king their gifts of gold, frankincense, and myrrh.

Our historical divisions, and our preoccupation with worldly mat­ters, have broken us apart. So, what gifts have we prepared to offer to the king who comes to illuminate our lives and lead us to the grace of unity? We know that God does not want our riches or burnt offerings, but rather that his power works through our pov­erty: “I have no silver or gold.” The Lord desires our beating and loving hearts: hearts full of love for him and for our brothers and sisters in Christ from whom we are separated; hearts flowing with acts of mercy; and hearts truly penitent and desiring change.

Let us then prepare for him the gift of a heart full of love. Kneeling in worship requires hearts that are contrite for the sin that divides us and obedient to the One we serve. This obedience revives, heals, and reconciles everything that is broken or wounded in us, around us, and among us as Christians.

Christ has already given the gift of unity to his Church. In the Sword of the Spirit, we grow in communion as we share the graces our different traditions have received, acknowledging that the source of all our gifts is the Lord.

All praise, glory and thanksgiving to you, O God. You have revealed yourself in the revelation of your Son both to those who have long awaited your coming, and to those who were not expecting you. You know the suffering that surrounds us, the pain caused by our divisions. You see the world struggling and the deteriorating situation in the Middle East today – the place where you chose to be born, which was sanctified by your presence. Give all the members of our communities the will and the means to work towards the transformation of this world and to offer each other gifts that may nurture our communion. Grant us your end­less gifts and blessings. Receive our prayer in the name of your Son Jesus Christ who lives and reigns with you and the Holy Spirit. Amen.

Fr. Georges Abdallah is a member of The People of God community and is a priest of the Antiochian Syriac Ortho­dox Church.

The first apostolic seat established in Christianity was in Antioch and was founded by St. Peter. It had a primordial place among the Eastern and Western Churches and from there the name “Uni­versal Church” was launched. It had one recog­nized patriarchate, its head until the year 518 AD, after which new patriarchates branched out.

The Syriacs before Christ were called Arameans, referring to Aram, the fifth son of Shem, the son of Noah, the ancestor of all Semitic peoples. After Christ, the word “Syriac” was used to refer to the Arameans who had accepted the Christian faith and there­after the word “Syriac” meant “Christian.”

Those who embrace the Syriac Church are spread out today across India, the Arab countries (Lebanon, Syria, Jordan, Egypt, Iraq, the Gulf), Turkey, Europe, North and South America and Aus­tralia. Today, the Syriac Church is headed by His Holiness Mor Ignatius Aphrem II, who is the one hundred and twenty-second patriarch among the recognized patriarchs. His seat is in Damas­cus, the capital of Syria. In India, Mafrian (Catholicos), is the local highest authority in the Syriac Church in India and is subject to the authority of His Holiness the Antiochian Patriarch.

It is one of the four sister churches in unity and faith that also includes the Coptic, Armenian and Abyssinian (Ethiopia and Eri­trea) Churches. These churches, along with the Syriac Orthodox Church, rejected the Council of Chalcedon and continued to adhere to teachings of the three councils – of Nicaea (325 A.D.) Constantinople (381 A.D.) and Ephesus (431 A.D.).

As for the relations with the Catholic Churches – in the twentieth century, after the centuries-long break starting in 451 A.D. several meetings took place between the Syriac Antiochian See and the Latin Roman See, starting with Pope Paul VI in 1971 and continu­ing with Pope John Paul II in two meetings, the last of which, in 1984, issued a joint statement by Syriac Patriarch Ignatius Zakka I and Pope John Paul II which acknowledged the unity of the Nicaean faith and that the schisms that occurred through the ages do not affect the essence of faith or touch it. It acknowledges that the source of these differences was a misunderstanding and not a disharmony due to the incongruity in the idiomatic expressions, and that accordingly there is no real basis for those painful divi­sions between the two sees that have arisen about the doctrine of the Incarnation. It was agreed, as a result, that the members of the two churches were allowed to practice the ecclesiastical sacra­ments in the mutual churches in the diaspora, where there is no availability for the believers to practice them in their own churches, due to long distances or absence of the mother church.

As for my personal experience, for forty years now I have been a publicly committed member of the People of God community in Lebanon. The life of the community in Lebanon had a great impact on me as it made me a person open to the brothers in other churches instead of being closed in on myself and reticent to make a covenant with my brothers in the community. Here I experienced ecumenical life in its depth through our love for and service to each other as one body and living as a community of disciples on mission.

The People of God community also had a profound and good influ­ence in discerning my priestly vocation through the support I received and the fraternal care that the brothers surrounded me with. Today, I am a 100% priest of the Lord in the Syriac Ortho­dox Church and a fully committed member in the People of God community, to live and serve the call fully as a group of 100% dis­ciples on mission without causing any division or disturbance in my relationship with my church or the community. I thank the Lord for having surrounded me with a “wreath of righteous peo­ple” and for inviting me to be a member of this community where I can live true ecumenism freely and with pure and unblemished love in which we respect the heritage of our churches, enrich our traditions, and learn from them until we reach the complete unity that Jesus prayed for, “that they may be one.”