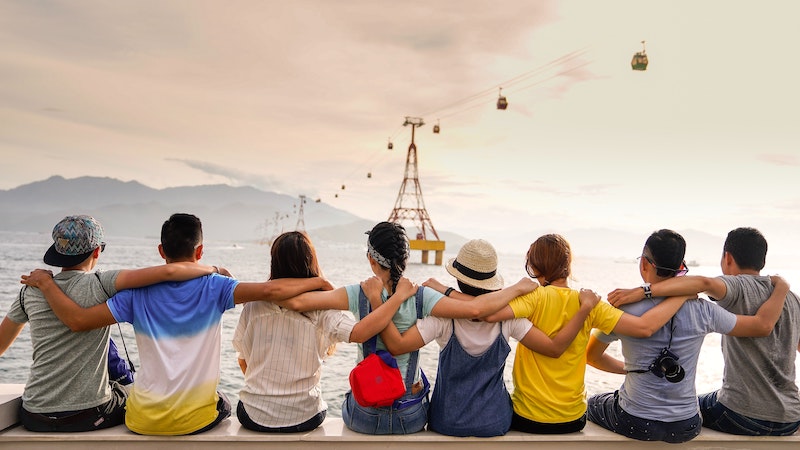 The Lord Commanded the Blessing

My name is Philip, I am a young Anglican guy from Northern Ireland and this is my experience of ecumenism. Growing up I didn’t know many Catholics, in the town where I’m from Catholics and Protestants don’t live in the same areas and generally don’t get on very well. I didn’t know much about the Catholic church or Catholic people. I only came into contact with Catholics when I went to university in Belfast. There I met a group called UCO on my 4th day of university and there were Catholics there, I was a little uneasy at first because I had only heard negative things about Catholics previously.

However, I decided to stick around with UCO, I found a lot of life there despite all my preconceived notions of Catholics. I began to see Catholic men and women who were clearly on fire for God, more so than me at that stage; this didn’t match my prejudice towards Catholics. I learned more and more as I continued to go to UCO, more about the Holy Spirit and charism, about mission and discipleship and it made me a better Christian, I was baptized in the Holy Spirit and really came into a deeper relationship with God.

I found so much life in this ecumenical environment, I began to realise after time that some of the reason I found life in this place was in part because it was ecumenical. It is Christ’s prayer that we be one in unity, John 17:20-23. The words of Psalm 133 also come to mind, “Behold, how good and how pleasant it is for brethren to dwell together in unity … for there the Lord commanded the blessing” these words suddenly garnered new meaning, they became real, I was living in that blessing.

I really have been blessed through UCO and through ecumenism, I have many friends who are Catholics that are dear to me and their friendship will last a lifetime. I have grown so much spiritually. I have learned so much about other denominations, not only Catholic but other Protestant denominations too, especially my own. I am a much more devout Anglican and Protestant now than I was before. I know what separates us and what unites us and there is a lot more in common than you’d think. My prayer is the same as Christ’s; that one day we will be united in one Church. We can live church unity now. Yes, we have differences that are important, but we also have one God and one Savior Jesus Christ that we can all glorify together, and I plan to do just that.

Philip McKinley is a member of UCO Belfast, an outreach of the Charis Community in Belfast, Northern Ireland. Taken from the Sword of the Spirit’s Booklet for the Week of Prayer for Christian Unity 2019. Used with permission.