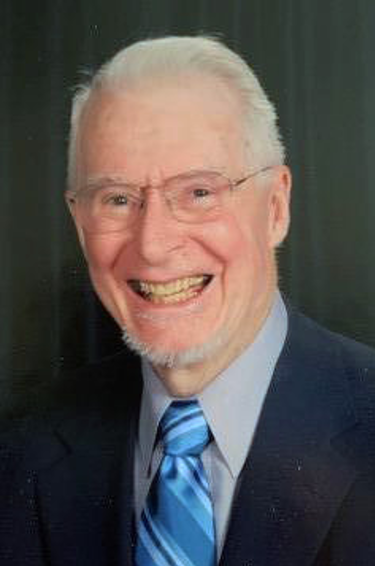 Our dear brother in Christ, Richard E (Dick) Higley, former senior coordinator of the Work of Christ Community in Lansing, Michigan, passed away on March 15, 2020 at the age of 91.

Dick was born in Grand Rapids, Michigan, on November 21, 1928. He attended seminary in Montreal, Canada, intent on becoming a Catholic priest. After concluding that the priesthood was not his calling, Dick came to East Lansing, Michigan, to attend Michigan State University, where he met the love of his life, Marilyn Patricia (Pat) Donovan. Dick and Pat married and raised six children. They also mourned the loss of 6 children: 5 miscarriages and one still-born. Dick earned his master’s degree in social work, and began a career that included teaching, counseling, and work as an adoption and foster-care specialist. Dick completed his career as the Michigan Social Services liaison to the State Legislature.

Dick and Pat joined the Work of Christ in the mid-1970s. He became a district coordinator in 1978, served as the senior coordinator of the community from 1983 to 1994, and again as a district coordinator from 1994 to 1997. Dick’s tenure as senior coordinator followed a particularly difficult time for the Work of Christ Community. It also followed a particularly difficult time for Dick’s health. He was asked to take on this service just before quadruple-bypass surgery. “If I survive the surgery,” Dick said, “I will serve in any way the members ask.” He did survive, and his fatherly presence was a key factor in the survival of the Work of Christ.

Dick and Pat had a gift of evangelistic hospitality. They brought many single people into their home and family for life in Christian household. They also reached out to people by inviting them to dinners—especially Lord’s Day meals. Many members of the Work of Christ can point to Dick and Pat as the ones who led them into a deeper walk with Jesus and into community.

In Retirement, much of Dick’s time and attention went to serving his wife as she succumbed to Alzheimer’s disease. But even through this time, Dick and Pat maintained their life of evangelistic hospitality. They would regularly invite groups of people into their home for dinner and fellowship. Dick also continued to serve in the community as a member of the technician’s team, helping to set up the microphones and speakers for community gatherings, until, as he said, “the floor got too far away.” Pat passed away in April of 2014.

Dick was a true evangelist, pastor, and teacher. He “equipped the saints for the work of ministry, and edifying the body of Christ.” (Ephesians 4:12)