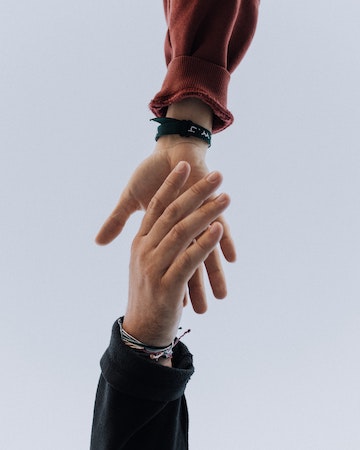 Matthew 2:2 “Where is He who has been born king of the Jews?”

Humble leadership breaks down walls and builds up with love.

Jeremiah denounces the bad leadership of the kings of Israel who divided and scattered the people (Jeremiah 23:1-6). Theirs was a leadership that destroyed nations and drove Israel’s citizens into exile. In contrast, the Lord promises a shepherd-king who will “execute justice and righteousness in the land” and gather the members of his flock.

Our world craves good leadership and is constantly seeking some­one who will fulfill this desire. Where can one find such a leader? Only in Christ have we seen the example of a king or leader after God’s heart. As we are called to follow him, we are also called to emulate his way of servant-kingship in the world, in the Church and in the way we serve each other in our community life. In Christ we encounter one who does not tear down and divide but builds up and makes whole for the glory of God’s name. His rule is not self-serving, and he does not use force. Rather in him we encounter a loving, humble servant who does not regard equality with God as something to be exploited. He is one who comes to serve, rather than be served, and his followers are called to do the same.

Today, the Middle East is experiencing the loss of its people to exile as “righteousness and justice” are becoming scarce commod­ities, not only there but throughout the world. Yet we have a hope that will not be shaken even if “the nations are in an uproar” and “the kingdoms totter” around us.

God, our only bulwark and strength, we glorify you for you are a just and righteous God. Help us to humbly seek our Lord Jesus Christ and to emulate him in his meekness. Encourage us to empty ourselves as we serve our brothers and sisters in obedi­ence to you. We pray in the name of Christ who with you and with the Holy Spirit reigns forever in glory. Amen.

Julien Jalkh and his wife Nadine are members of the People of God commu­nity in Beirut and attend a Maronite church.

At the end of the fourth century, between the cities of Aleppo and Anti­och in what is now modern-day Syria, the priest and hermit Maron, a friend of John Chrysostom, was leading a life of prayer and simplicity. This inspired many to be his disciples. Maron did not leave behind theological or philosophical works but estab­lished an informal spiritual monastic-hermitic school that is still flourishing today. After the Council of Chalcedon (451A.D.), Maron’s disciples (eventually called “Maronites”) built a monas­tery (Bet Maron – House of Maron) which became a rallying and reference point in the area for Chalcedonian Christians (this pre­dates the East-West schism, which gave us Eastern Orthodox and Catholics). The Maronites (lay people and clergy) gathered around this and other monasteries living an austere life in the mountains and eventually in the rest of the world.

The Maronites have faced persecution since the very first day of their existence, hence their presence initially in the mountains which provided a natural bulwark. The continual persecution influenced the Maronite liturgy which reflects simplicity, connec­tion with land, and other characteristics of this Syriac Eastern Catholic Church. Persecution also led to the presence of a wide diaspora of Maronites in different regions of the world. The Maro­nite Church has dioceses in North America, South and Central America, Europe, Africa, Asia, and Oceania.

Since the fifth century, Maronites have gathered in the Qadisha Valley (in modern day Lebanon) and have established there her­mitages, convents, monasteries, and churches which they have shared with other Christians in the area: Syriac, Byzantine, Ethio­pian Orthodox, etc. And even in our day, the Maronite Church has been taking various ecumenical initiatives on the national and regional level.

After coming alive in my faith, I had the opportunity to discover the beauty and depth of my church, officially known as the Syriac Maronite Church of Antioch. I experienced how my church fuses Eastern traditions (while being in communion with the Western Catholic Church) with a remarkable openness to the Spirit, ready to change in order to reach out to the youth of today and meet their needs while maintaining its ancient rich liturgical tradition. I also learned from my church to connect more to my land and understood that we have an integral role in being salt and light in Lebanon in particular, and in the wider Middle East.