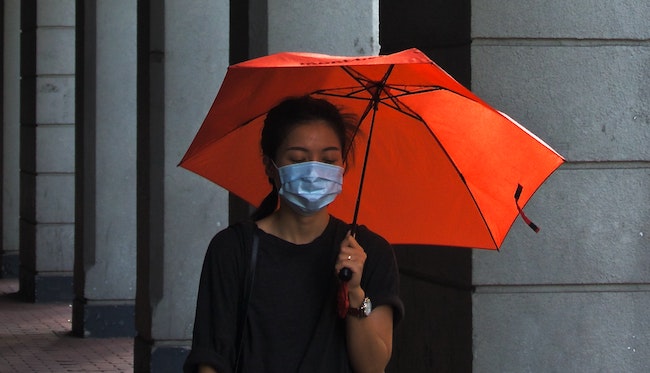 One month after the writing of the first part of this article COVID-19 is still with us, and much of the world is still under restrictions intended to contain the spread of the virus. There is much suffering and hardship resulting not only from the illness itself, but also from the consequences of the “lockdown.” Among these consequences, some are quite serious. The United Nations has predicted a sharp increase in deaths from malnutrition in children in impoverished countries. Rates of suicide, domestic violence and abuse of drugs and alcohol have increased. Many are affected already by the economic hardship that has resulted, and there are predictions of substantial long-term financial repercussions.

There is, as well, much speculation about what will come in the wake of this pandemic, with some saying almost apocalyptically that “life will never be the same.” What sorts of changes will we see in social life, education and medical practice?

Certainly we will not soon forget COVID-19 or “the great lockdown of 2020.”

In the first part of this article I asked, but did not answer, this question: “What are we as Christians supposed to make of all this? Is this – or in what sense is this – one of the ‘signs of the times’ that we are supposed to look for?”

Christ did tell us that we should be able to read “the signs of the times.”

And the Pharisees and Sadducees came, and to test him they asked him to show them a sign from heaven. He answered them, “When it is evening, you say, ‘It will be fair weather; for the sky is red.’ And in the morning, ‘It will be stormy today, for the sky is red and threatening.’ You know how to interpret the appearance of the sky, but you cannot interpret the signs of the times. An evil and adulterous generation seeks for a sign, but no sign shall be given to it except the sign of Jonah.” So he left them and departed.
– Matthew 16:1-4

“O Jerusalem, Jerusalem, killing the prophets and stoning those who are sent to you! How often would I have gathered your children together as a hen gathers her brood under her wings, and you would not! Behold, your house is forsaken and desolate. For I tell you, you will not see me again, until you say, ‘Blessed is he who comes in the name of the Lord’”.
– Matthew 23:37-39

Clearly then also for us, a failure to properly recognize the signs of the times we live in would be spiritually dangerous. When we look around, what signs do we see?

As I said earlier, this pandemic is one of those signs, but it is only one of the many normal signs of God’s judgment, not something exceptional. Christians should have their eyes open and expect them. We do not know what the next of these signs will be, but we know they will continue up until the Second Coming.

“And when you hear of wars and rumors of wars, do not be alarmed; this must take place, but the end is not yet. For nation will rise against nation, and kingdom against kingdom; there will be earthquakes in various places, there will be famines; this is but the beginning of the birth-pangs” .
– Mark 13:7-8

God gives signs of His judgment in every age, and Christians ought to be looking to see what in our age are prime reasons for that judgment. If this virus pandemic is one of the “normal” signs of God’s judgment, what do we see in our world that might be reasons for God’s judgment today?

Some Christians have suggested that climate change is such a sign, and that in it we should see God’s judgment on our failure in our stewardship of the earth. Perhaps that is so, but there are so many controversies surrounding the related scientific issues that climate change is at least not an obvious “sign of the times.”

I would like to suggest several others that appear to me important signs of our times. This is not an exhaustive list, but rather illustrative of the sorts of signs I think we should be able to see.

First, and most dramatic is the wholesale apostasy of the Western world. The great, great majority of people in western Europe have abandoned Christianity. North America and eastern Europe are not far behind. Apostasy was the single greatest evil in Israel’s history, an evil that the prophets spoke against most strongly.

“Therefore I still contend with you, says the LORD, and with your children’s children I will contend. For cross to the coasts of Cyprus and see, or send to Kedar and examine with care; see if there has been such a thing. Has a nation changed its gods, even though they are no gods? But my people have changed their glory for that which does not profit. Be appalled, O heavens, at this, be shocked, be utterly desolate, says the LORD, for my people have committed two evils: they have forsaken me, the fountain of living waters, and hewed out cisterns for themselves, broken cisterns, that can hold no water.
– Jeremiah 2:9-13

The apostasy of Israel led to the great disaster of the exile. What sort of judgment should we expect today if God’s people turn their backs on God?

For you have not come to what may be touched, a blazing fire, and darkness, and gloom, and a tempest, and the sound of a trumpet, and a voice whose words made the hearers entreat that no further messages be spoken to them. For they could not endure the order that was given, “If even a beast touches the mountain, it shall be stoned.” Indeed, so terrifying was the sight that Moses said, “I tremble with fear.” But you have come to Mount Zion and to the city of the living God, the heavenly Jerusalem, and to innumerable angels in festal gathering, and to the assembly of the first-born who are enrolled in heaven, and to a judge who is God of all, and to the spirits of just men made perfect, and to Jesus, the mediator of a new covenant, and to the sprinkled blood that speaks more graciously than the blood of Abel. See that you do not refuse him who is speaking. For if they did not escape when they refused him who warned them on earth, much less shall we escape if we reject him who warns from heaven.
– Hebrews 12:18-25

Apostasy, if we persist in it, is a terminal disease, with a death rate of 100%, and while COVID-19 can cause physical death, apostasy brings spiritual death.

“And do not fear those who kill the body but cannot kill the soul; rather fear him who can destroy both soul and body in hell”.
– Matthew 10:28

A second sign is the growing rejection of Christian sexual morality by those who profess to be Christians. Of course those who abandon Christianity will also reject Christian morality. That’s just part of the package. But today we see Christians, and Christian churches, rejecting what Scripture teaches about sexuality. The acceptance of homosexual behavior attracts a lot of the attention, but if we are honest we have to admit that many churches and many church leaders have been accepting of fornication and adultery for decades.

For the time has come for judgment to begin with the household of God; and if it begins with us, what will be the end of those who do not obey the gospel of God?
– 1 Peter 4:17

Thirdly, the scourge of abortion. If we are concerned about coronavirus, should we not be far more concerned about abortion? According to the World Health Organization “every year in the world there are an estimated 40-50 million abortions. This corresponds to approximately 125,000 abortions per day.”[i] By contrast, while statistics are difficult to track, a reasonable estimate of corona virus deaths per day worldwide is under 4,000 – bad enough, but by no means as massive as the loss of unborn children, a loss which is the direct result of our own deliberate actions as a society.

If we consider these signs in the light of “the judgment of God on things” we ought to be deeply concerned about the state of our societies. Not because of COVID-19, but because of the evils of our day which call out for God’s judgment.

Bruce Yocum is a member of the Servants of the Word and a former member of the International Executive Councilof the Sword of the Spirit. This article was first posted in Living Bulwark June-July 2020. Used with permission. © Copyright 2020 Bruce T. Yocum