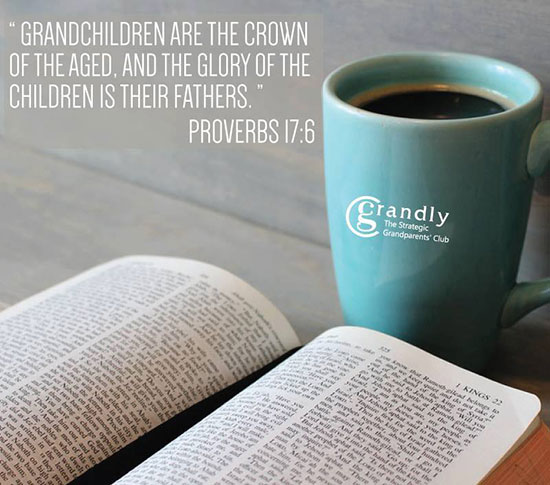 Something Old, Something New…

Grandparents have a God-given role in their grandchildren’s lives

Are you a grandparent who is concerned about the spiritual welfare of your grandchildren? If you are, you are not alone. It only takes a brief look at the circumstances of the modern world to draw the conclusion that your grandchildren won’t be growing up in the world you did.

Grandparents have a God-given role in their grandchildren’s lives as Moses defined in Deuteronomy 4:9:

“Take heed and be diligent not to forget the things which your own eyes have seen. As long as you live, do not let them pass from your memory but teach them to your children and to your grandchildren.”

As grandparents, you have a great influence on the lives of your grandchildren. Just like youth workers, you often complement the role of parents without having the responsibility of being the primary authority figure.

Similar to youth workers, grandparents seem to have time to spend with youth that other adults generally don’t. You can just be there. You know how to play and, at the same time, you are responsible adults.

Yes, you can trustingly ask him. But trust more in him who is ever with you. Answer his gentle invitation to join him in resting in the security of knowing that you are a dearly beloved son or daughter of the heavenly Father.

You can also be a role model for your grandchildren as youth workers often are. Teenagers, especially, look for role models. Yes, they usually look up to someone who is young and cool. They know that Grandma and Grandpa aren’t interested in the latest trends or fashions and nor do they understand all the new technology or the latest music.  Oddly, you can be a role model simply because you don’t conform. You are above the pressure to fit in. You don’t care what other people think. You are independent and in charge of your own time. And that makes you cool!

Grandly: one of the newest, oldest, and coolest youth work organizations on the planet.

_________
Pili Galván-Abouchaar is the Program Director of Grandly: The Strategic Grandparents Club. Pili is from Xalapa, Mexico, has a degree in Industrial Engineering, and began her professional career as a quality control coordinator. She has done missionary work in seven countries across three continents. She became the first program director for Grandly-The Strategic Grandparents Club in February 2016. Taken from Living Bulwark August/September 2019 edition. Used with permission.