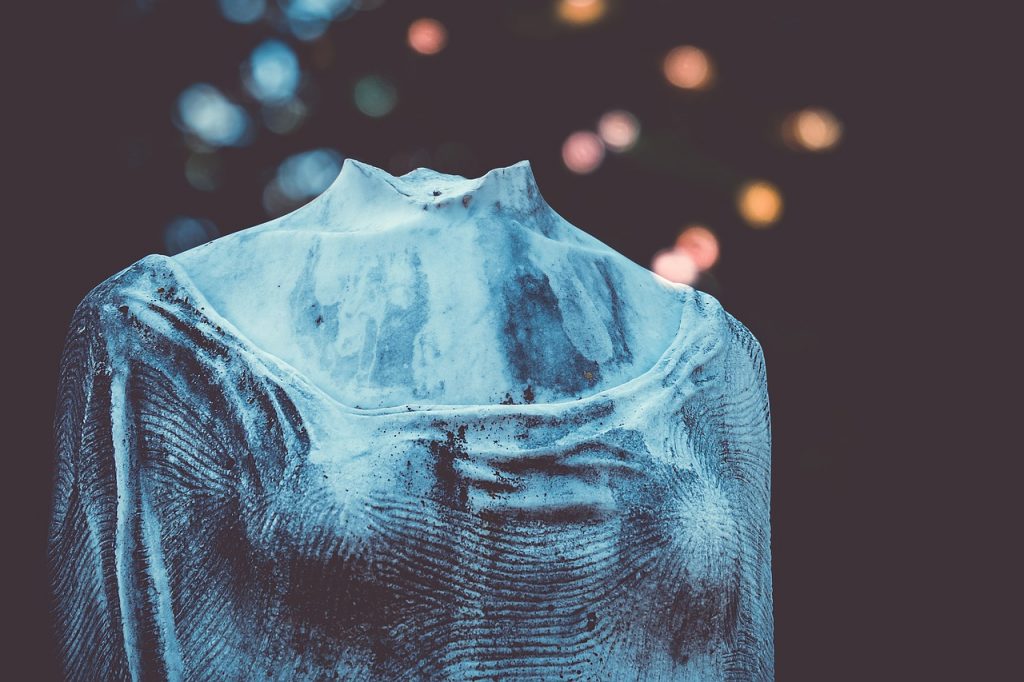 I attended a magnet high school in Detroit, Michigan. Cass Tech was a university preparatory school that emphasized science and the arts. One night before an art showing, a vandal broke in, defaced multiple paintings, and took a hammer to dozens of sculptures.

Imagine the angry anguish of the victims: the lost hours of creativity, the shattered dreams of masterpieces. But the hours and dreams weren’t the victim’s greatest griefs. As one vandalized friend said to me, “It was as if the thugs had sledgehammered me!”

Because all art is made in the image of its creator.

In that sense, all of creation reflects God: the beauty of the sunset and the glory of a half moon, snowcapped mountains and whitecapped oceans, all mirror the glory of God.

However, it was only after God made all of nature that he said, “Let us make man in our image, after our likeness.” The deepest reflection of God involves more than mere creation.

Simple or Profound
The Hebrew word for “image” (when God talks of creating humanity) originally meant shadow or reflection. It required the sun. It means that God is the sun and we are moons. To image God, we need the brightness of God to shine on us, and then ultimately through us.

In the simplest sense of imaging God, cabbages and clams-as well as Mother Theresa and Judas Iscariot-belong to general creation: all reflect the great Artist, to some degree.

But in the profoundest sense, God lets us choose to image him or not; to decide to be moons rather than suns. Adam and Eve chose personal glory; they wanted to be the light not the mirror.

Deism
Many thought leaders of the Enlightenment believed in a theology called deism. Deism says God created the world, set it spinning like a child’s toy top, and he sat back to watch what would happen. It says God refuses to intervene in the affairs of the world.

It’s why Thomas Jefferson cut out the supernatural from the Bible, because he believed God no longer acts today. Jefferson liked the morals of Jesus, but he didn’t like the miracles of Jesus.

Simple imaging of God can be like deism. We don’t need him anymore. He made us-so we’re in his likeness-and we continue to reflect him, without his help. Just ask any snail.

But the profoundest meaning requires God’s activity in us today. It requires a humanity who will accept our need for God himself to do his work through us. It means we choose his glory over ours, to say, “Unless the Lord builds the house, its workers labor in vain” (Psalm 127:1).

The Humility of Imaging God
King Saul lost his kingdom when he “builds a monument in his own honor.” God says to him, “You started out thinking little of yourself, and that was good; but now you are grabbing for your own honor.” King Saul wanted to be the painter not the painting.

The profoundest reflection of God requires humility: we no longer live to create our own legacy-like Adam and Saul. But that is hard to do. Our sinful flesh wants others to respect us, accept our ideas, and like our Facebook posts. We crave a monument in our honor.

We grasp for all the glory we can get. And in the very act of grabbing, we vandalize the profoundest likeness of God. In our quest for stardom, we deface God’s paintings and hammer his sculptures.

Let’s abandon our pursuit of personal legacy: it’s more glorious to be the moon than a snail.