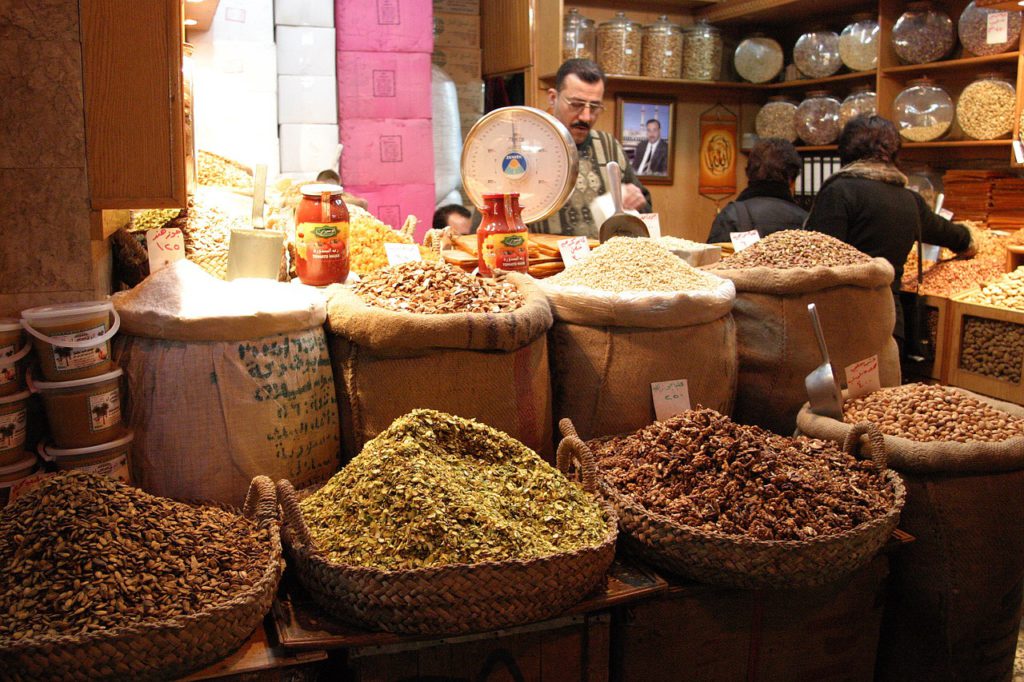 Rebuilding the walls, widening the tents: Update on “Emmanuel” in Aleppo.

The third week of December brought the cessation of the fighting in the city. The sounds of explosions ceased nearby, scenes of civilians with white flags and convoys of buses evacuating rebel areas went on for about two weeks.

Victory was soon declared by the Syrian Government and people went out to see firsthand the damages. Some took photos in what had to be a deeply depressing activity. Yet there was relief that after the four and a half years of fighting one could go around and reminisce about what it was like before the all-out confrontation. This time the ceasefire would hold. It felt good to walk about without being on the lookout for immediate danger of snipers or rockets.

Some of my Christian friends in the Emmanuel community did like everyone else. Even during the worst times of the war they had not ceased reaching out to others, meeting in each other’s homes for prayers and inviting their friends and neighbors along. They had continued to participate in the liturgical life of the few church parishes that were still operating. This time, however, it felt different, they were full of hope that during peace they could do even more to help.

Time to rebuild: Not many buildings were left unscathed. Here, a hole in a wall, a shattered store front, the blackened walls of a burnt-out apartment, while nearby a demolished car that hopefully could be replaced soon. One patriotic woman was proudly waving the national flag, yet she was very aware that there was much to be done around her.

Because of being in a predominantly Muslim country, Emmanuel members have to think within the limits of the laws governing how Christian groups operate. The foremost condition required of them is to identify themselves with a church authority recognized by the Government. You have to be “under” a bishop to be allowed to exist and function.

One such prelate had met the group and wanted to help. His sibling’s family was becoming familiar with the group and the experience had deepened their faith and commitment. He encouraged the brothers and sisters to have a place where they could meet in small “sharing groups”, for bible studies, and for storing equipment and musical instruments they used for their evangelistic outreach. Excitement and anticipation grew quickly for having a place, a center for their growing ministry.

Emmanuel community was offered such a place long term, for a few years, by another prelate. A five-room spacious apartment, in a convenient location, that needed renovation specially in the kitchen and the bathrooms. Favorable terms were discussed for any eventual formalities. They could rent it “as is” and would be allowed to make all the necessary repairs and upgrades.

This opportunity that presented itself was unique and needed boldness and faith. Where will the leaders find the money needed and still make sure they continue helping those who have relied on the community’s help for the last few years?

In boldness and faith, they took the first step and asked one member, a civil engineer, to survey the apartment and estimate what is needed for repairs and upgrades. He returned with a report broadly outlining what is needed for them to use it effectively in their ministry, at least for the first year.

Many in the Sword of the Spirit regularly ask about Emmanuel and how one can pray for them. This report is intended to give the members of the Sword of the Spirit a window into this year’s current focus of the community in Aleppo. Please join them in praying that this project of a center would come to fruition and that they continue to live a life free of everyday livelihood concerns in order to give full attention to the mission God has entrusted to them.

As a side benefit, the work involved in the center will mainly be done by members of the community, thus providing at least part-time employment for some of them.

Please know that your prayers and support sustain Emmanuel in more ways than you can imagine and the brethren thank you, as always, very sincerely.

For further information, or if you wish to contribute, contact:

Andre Codouni is a member of the People of God Community in Beirut, Lebanon. Photo in the Public Domain.